Corridor of Darkness, a Novel of Nazi Germany (Vol. 1)

“The novel is rife with historical intrigue and captures the flavor of mid-century Europe. Throughout, the author has a keen eye for detail, which will be a delight for Europhiles and World War II buffs alike…An intriguing early WWII spy yarn set in a well-researched, authentic Germany.” –Kirkus Reviews

In the fall of 1929 a young New York banker came to Berlin to study finance. The collapse of Wall Street convinced him to stay and pursue a doctorate in history. While Hitler rose to power the American became a favored guest of the old aristocracy, risked his life probing the most dangerous boroughs of the city, witnessed Communist street demonstrations and Nazi rallies, instigated a duel, and pursued the rescue of Jewish friends from under the eyes of the Gestapo. He went on to spy for his country.

That seeker of adventure was Leonard L. O’Bryon, my father. Inspired by his newspaper reports and private journals, the Corridor of Darkness trilogy tells the story of dashing Ryan Lemmon, on assignment in Nazi Germany for the State Department. Ryan must confront his own dark side to counter the murder, treachery, and torture threatening his friends and the future of Europe.

A paperback edition can also be found  at your local bookstore or ordered from Barnes & Noble by clicking this link: Corridor of Darkness trilogy

Volumes 1 and 2 are also available as audio books, impressively narrated by Tim Campbell.

CORRIDOR OF DARKNESS has been honored with the coveted Book Readers’ Appreciation Group’s Gold Medallion, the AIA Gold Seal of Excellence, and a Bronze Medal in the international 2014 Independent Publisher Book Awards. 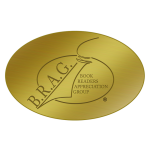 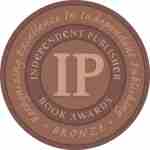 8 Responses to Corridor of Darkness, a Novel of Nazi Germany (Vol. 1)