EUROPE IN THE MORNING

What is it about dragging yourself out from under that down comforter, pulling on some clothes, and setting forth on foot early–not five a.m. early, but six, or six-thirty or even seven–when the sun has just begun to reclaim the sky and the narrow streets still lie deep in shadow?

This is my favorite time to explore Europe, whether Amalfi, the Trastevere neighborhood of Rome, or deep in the Tuscan and Umbrian countryside.  Or perhaps Provence, the Dordogne, the beautiful villages of the Loire, or the Normandy coast.  How about an Alsatian town, or deep in the Schwarzwald.

No matter where you roam, and that’s the secret…roam… leave behind any goal…just take serendipity and your chance along as your guide.  (Don’t worry, there’ll be someone to gently point you back toward your inn should you get lost, and if you’re a beginner, stash that map where you won’t reach for it constantly.)

Atrani on the Almafi Coast, Italy

Greet the friendly shopkeeper washing down the sidewalk in front of the bodega.  Savor the yeasty aromas coming from that German bakery, and welcome being asked what you’re up to by that curious child fetching rolls for her family’s breakfast.  Let your obvious pleasure earn a smile in return from two early-rising nuns.  Then stand at the bar of an Italian café and open your eyes fully with a tiny drop of espresso.  This is the morning world of Europe…before bustling tour groups crowd the streets and you must fight your way across the bridges of Venice.

So forget that last hour or two of sleep…you’re on vacation, don’t unwisely waste these precious morning hours…and drag yourself out for that early walk.  It will remind you of why you travel, and reward you with a wealth of beauty and delight.  Museums are nice, great art a pleasure, wine tastings never a bad thing, but the true joy of discovering European life lies in the unexpected view of a centuries-old tower barely holding its own against the ravages of time, the Gregorian chanting of the monks coming from a medieval Provençal church, the old city cat emerging onto the stoop to take his first stretch of the morning.  Bring your camera.

Sarlat in the Dordogne, France

In the weeks and months to come I will introduce interested readers to some magical back road driving tours and fascinating places  stumbled upon over several decades of European travel.  I’ll share with you some special little restaurants few guidebooks mention, and the inns and B&B’s which have given us special pleasure.  I’ll post some of my favorite photos taken along the way, and mention some of the brilliant novels and travel memoirs which capture a time and place. 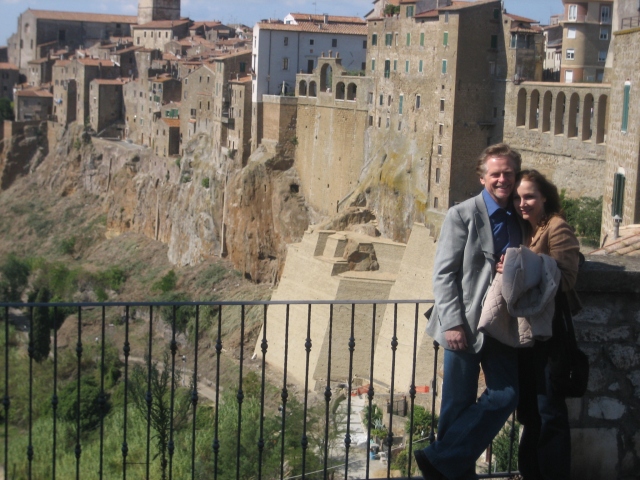 But this is a joint venture, so get ready to step up.  Tell me where you’re headed, or where you dream of going.  If it’s in Western Europe, there’s a chance I can help you plan an adventure rather than just a trip, and I’ll set out some specific suggestions to make things really special.  So do tell me.

And don’t forget to try a morning walk.  I’m already over there in spirit, quietly dressing so as not to wake my wife, planning to join her in the breakfast room in an hour or two.  After all, let’s face it, some of us aren’t early morning people. And they can always go out later for gelato.  I’ll save some Europe to share with late-risers, as well. 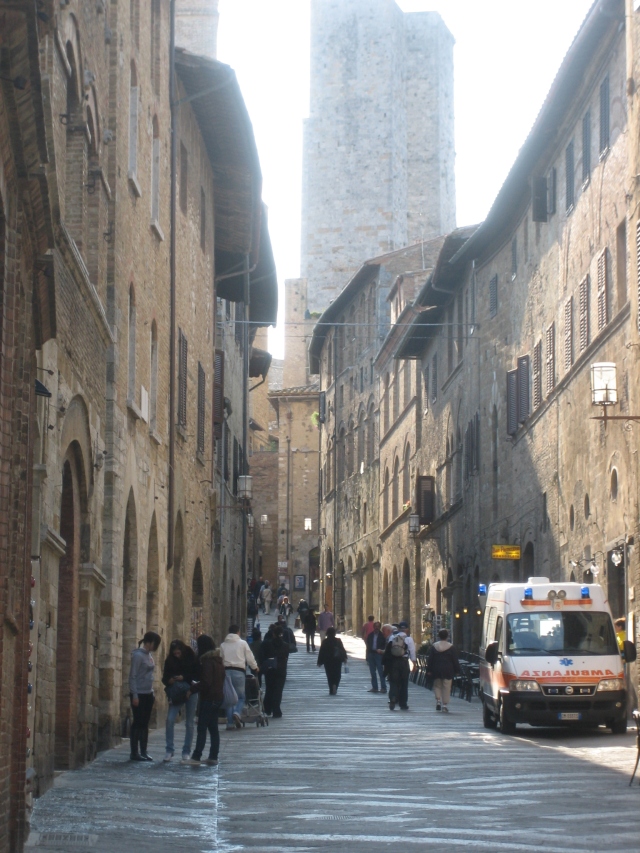 5 Responses to EUROPE IN THE MORNING