My first novel inspired by the espionage adventures of my father, Corridor of Darkness, a Novel of Nazi Germany, received a bronze medal today in the Suspense/Thriller category of the 18th annual 2014 Independent Publisher Book Awards competition, the world’s largest book awards contest.

Since 1996 this contest has recognized excellence in independent publishing, and this year’s competition received 5340 entries  coming from the US, Canada, and ten countries overseas. The 2014 IPPY Awards medal ceremony will be held on May 28th in New York, on the eve of the BookExpo America convention. 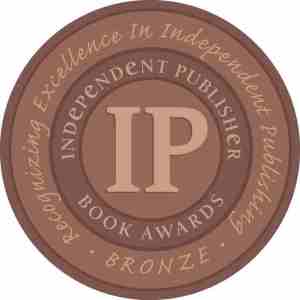 Here’s a shot of Corridor of Darkness celebrating its award on a well-deserved getaway to Florida. The book’s been working hard. 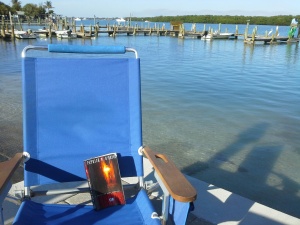 My sincere thanks to all of you who have  given my debut novel your support. Beacon of Vengeance, the sequel, is due for publication mid-summer.

Please spread the word that Corridor of Darkness is available as a paperback at on-line retailers and at select bookstores, such as Face in a Book in El Dorado Hills, CA, and as an eBook at http://www.amazon.com/Corridor-Darkness-Novel-Nazi-Germany-ebook/dp/B00GLFIS0W/ref=sr_1_1?ie=UTF8&qid=1398437044&sr=8-1&keywords=corridor+of+darkness