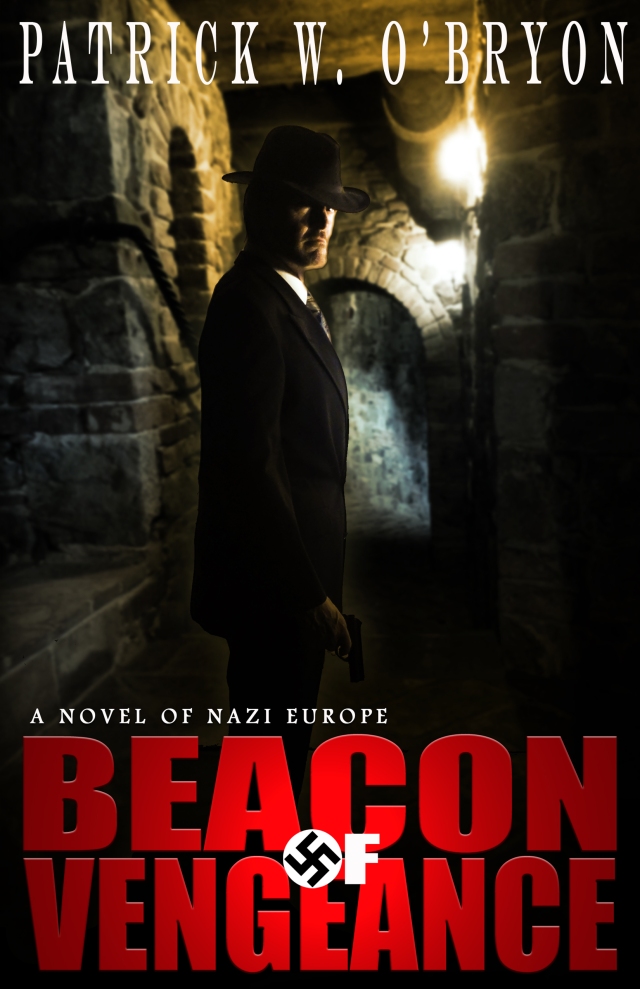 In the summer of 1941 America edges closer to joining battle against Hitler’s victorious armies in Europe…but a dangerous spy game is already underway.

But the first task of independent-minded Ryan Lemmon remains deeply personal–release his friends from a fascist internment camp while there is still hope for their survival.

And what ever goes exactly as planned?

Beacon of Vengeance, the new thriller inspired by my late father’s undercover life in Nazi Europe, is the second volume in the Corridor of Darkness trilogy. It is now available as a trade paperback at online retail outlets, and as an eBook for Kindle and Apple readers on Amazon.com.

For ease of ordering, just click on one of the book covers pictured in the blog footer at the bottom of the page.

And, as always, I deeply appreciate your comments, and your reviews!

Watch for the audiobook edition of Corridor of Darkness coming this fall, and Fulcrum of Malice, the final novel in the series, coming in May 2015.

11 Responses to BEACON OF VENGEANCE, A Novel of Nazi Germany, CORRIDOR OF DARKNESS Volume 2, NOW AVAILABLE!